To the best of my knowledge it has not been serviced. I already bought the kit from FCP and plan on doing this tomorrow night.

E320/E250 Bluetec Ford F350 6.7l
Joined Dec 7, 2005
·
36,479 Posts
2000 might not have TC plug, but turn the engine the same direction it is running. Turning back might mess timing chain.
It is always good idea to measure drain fluid, for head start on refilling, but you still should confirm correct level of ATF on hot transmission.
You fill it via dipstick tube.
My experience is that those transmissions can drip ATF for long time, so after dropping the pan, I leave it overnight.
► Show Full Signature

Should I replace or check that connector?

Was I reading it correctly that my 2000 does not have a torqu converter? Roughly how much fluid should I be draining?

When you say pilot bushing, you mean this? 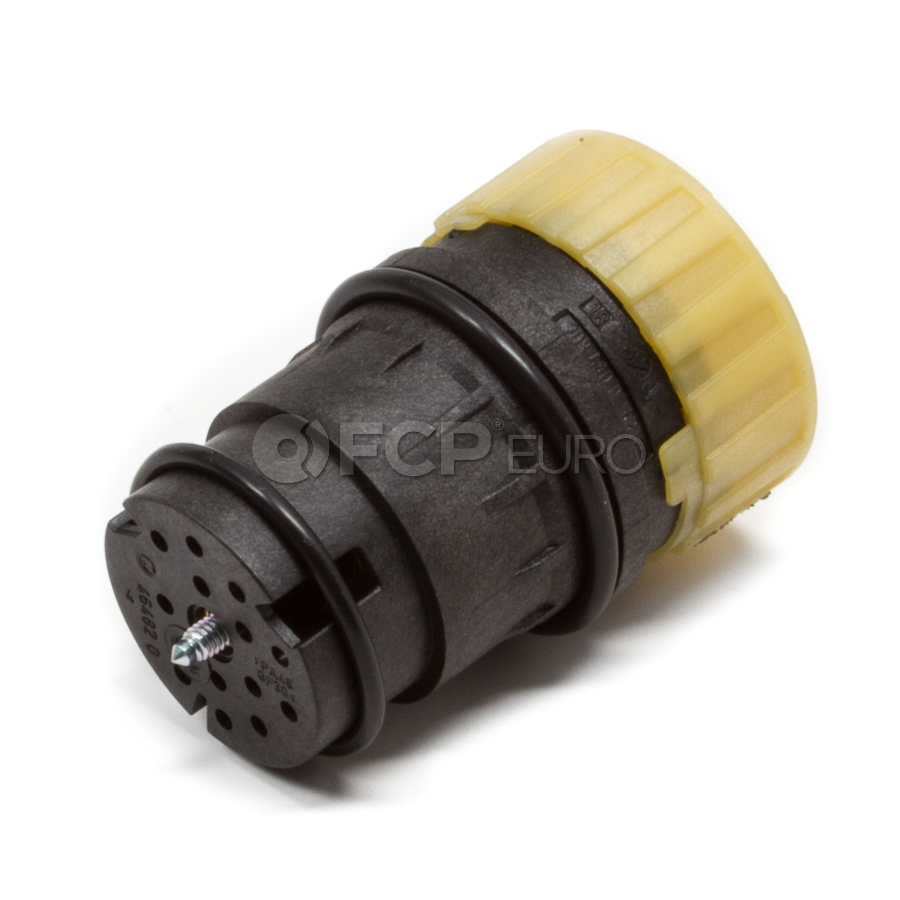 
I wish FCP would have included it in the kit. But i just checked with the auto part store and they can have one in the morning.

This is the kit I got 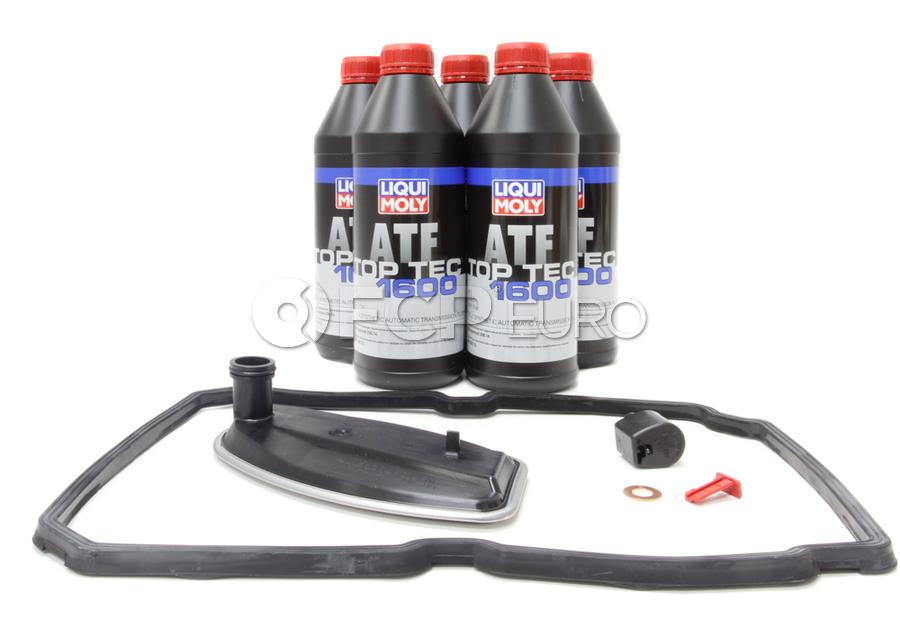 The infamous 'pilot bushing' - aka 13 pin Trans electrical connector - keep in mind the prior owner may have changed it so don't assume it's original. Pretty good chance it's been changed.

I just keep an eye on mine, on both Benzes. A quick glance at that spot, even just peeking at the corner under the 'heat shield' if totally dry of oil seep, it's good.

On the w163, it just began to seep and I swapped it out. Not too bad of a job. We had to wedge a block of 2x4" against it & pry a little with a crowbar. Be sure to grease the O-rings well. It is just an awkward angle to put the required amount of pressure on it to get it top pop into place.

I used a mechanic mirror to make sure of proper pin alignment.

On the fluid drop I try to do a 'total 12 quart & new filter every other year' and a 'single 4 quart drop every year'.

I do measure what comes out, so I know how to bring back to correct level.

I don't mess with the Torque Converter as I do the 'fill and replace' and do that 3x (one of those is 'pan off filter replace). By using this method you end up with like 90% new fluid anyhow.

FYI, I'm using Mopar Chrysler Spec 'ATF+4' as it's a Full Synthetic that meets the 236.10 Mercedes spec, as the Benz 722.6 tranny was also used across the 'Damlier-Chrysler' family.

They hid this info as MB didn't want folks getting Dodge Chrysler fluid for $5 a quart when MB was asking $20 ish sometimes.

Ergo, I buy the 5 gallon Pail of the Oreillys Auto house brand ATF+4 and that way both our rigs get regular fluid changes without breaking the budget.

Hope some of this is of help !

Keep that wagon going - it's a classic !

Check the connector for leaks by flipping the lever down and pulling the plug out. Don't look for sign of seepage. It will be too late then and fluid will be seeping up the wiring harness.

Make sure you have the measuring dipstick! Getting the correct fluid level is important.
► Show Full Signature
Fremont, California USA

well that is annoying.

So, is pulling the pan and filter good enough?
I

I think I will do a drain and fill, then drop the pan the next day.

My 4matic known as a 722.9....takes 9 plus qts., and I heard if you change the plug you better be replacing with a genuine part, or you may have trouble getting it seated, a well known problem . And change that transfer case fluid while your under there. ( I would never use anything but genuine MB Tranny Fluid, suit youeself)
All these crazy recommendations! WOW! And if Amisol was the best fluid for a MB tranny, MB would be using it!
( and yes I know Chrysler used MB trannys for a model or two - I wouldnt' use there product to wash my parts in!) maybe their tranny fluid killed the mb trannys...da'ya'think?
B

99 ML320
Joined Oct 20, 2013
·
28 Posts
And never buy anything with the Airmatic Shocks! 5-6 hundred a side for the air strut and several hundred for the block, and one hundred for the air pump....replace everything and watch it not hold air for the night - been there done that!
And the automatic rear hatches hydro pump. On the ML's... $700., or maybe it's the latch mechanism for$ 400......either way it will require tearing out all the rear trim and unlimited patience!!!!!!......Buy a hundred dollar Icar MB2 scanner before you buy a used MB. ...It will tell you a lot of things And the only way to avoid expensive problems is to work on it and maintain it yourself, and if you can't do that....well, I would recommend you buy a nice Toyota. Because MB parts are expensive, and as soon as you start using aftermarket parts is when your going to start having problems, and that fine Mercedes Benz is going to turn into a rattle trap! (I blew a motor 'cause of a $40 cheepo mail order after market water pump on my 95e320.....although it did have 282 thousand miles....it ran like a top...home made wire harness and all!)
2

If was far more than 'a model or two'
more like over a dozen different rear drive Dodge, Chrysler, Jaguar - a supercharged one too, Porsche & a Korean luxury car too.

So, no I think it matters a whit if the 722.6 which vehicle it's in, fluid specs being identical & thus objective.

I'm going on 175k on both Benzss trouble free.

But hey for those with $$$ to burn, go ahead and get the 'designer fluid'.

If was far more than 'a model or two'
more like over a dozen different rear drive Dodge, Chrysler, Jaguar - a supercharged one too, Porsche & a Korean luxury car too.

So, no I think it matters a whit if the 722.6 which vehicle it's in, fluid specs being identical & thus objective.

I'm going on 175k on both Benzss trouble free.

But hey for those with $$$ to burn, go ahead and get the 'designer fluid'.

Two school of thoughts on transmission service. Some say complete fluid change, others say do partial. I would just drop pan, change filter and refill. If it makes you feel better, drain and refill 20K miles later.

No need to use Genuine MB fluid. If it meets spec, you're good to go.
► Show Full Signature
Fremont, California USA