Oscar Piastri has denied he has signed a deal to race with Alpine for the 2023 F1 season and says the team's announcement came "without my agreement".
Alonso's shock move to Aston Martin left Alpine with an unexpected spare seat, which the team announced on Tuesday evening will be filled by Piastri.

The Australian driver did not initially comment on the announcement, but later reacted on social media: "I understand that, without my agreement, Alpine F1 have put out a press release late this afternoon that I am driving for them next year.
"This is wrong and I have not signed a contract with Alpine for 2023. I will not be driving for Alpine next year."

The situation has moved incredibly quickly since Sebastian Vettel announced he would be retiring from F1 at the end of the season prior to last weekend's Hungarian Grand Prix.
Alpine had been confident of tying Alonso down to a new contract for 2023, while Piastri had been linked with the likes of McLaren and Williams.
Alpine team principal Otmar Szafnauer claimed that he had the first option on Piastri.
The 21-year-old Australian, who has been part of Alpine's junior programme for four years, has acted as the team's reserve driver for this season after missing out on an F1 seat after winning last year's F2 championship.
Esteban Ocon is Alpine's other driver. 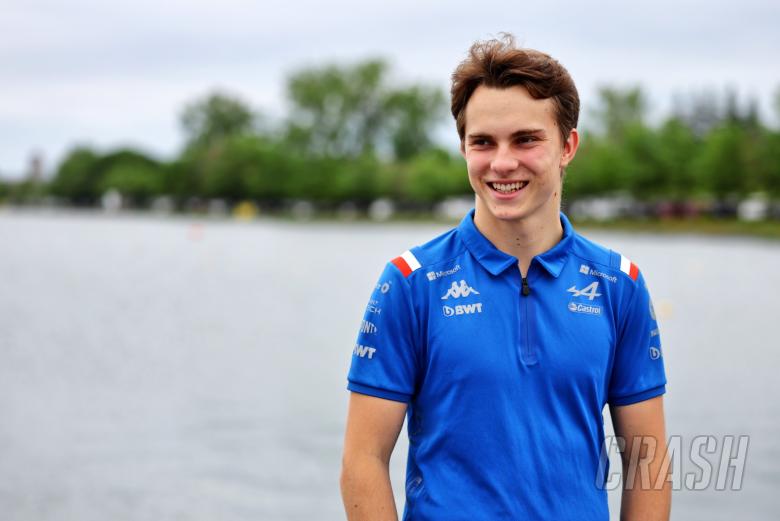 Speaking about Piastri, who also won the F3 title in 2020, Szafnauer previously said: “Oscar is a bright and rare talent. We are proud to have nurtured and supported him through the difficult pathways of the junior formulae.
"Through our collaboration over the past four years, we have seen him develop and mature into a driver who is more than capable of taking the step up to Formula 1.

"As our reserve driver he has been exposed to the team at the track, factory and testing where he has shown the maturity, promise and speed to ensure his promotion to our second seat alongside Esteban. 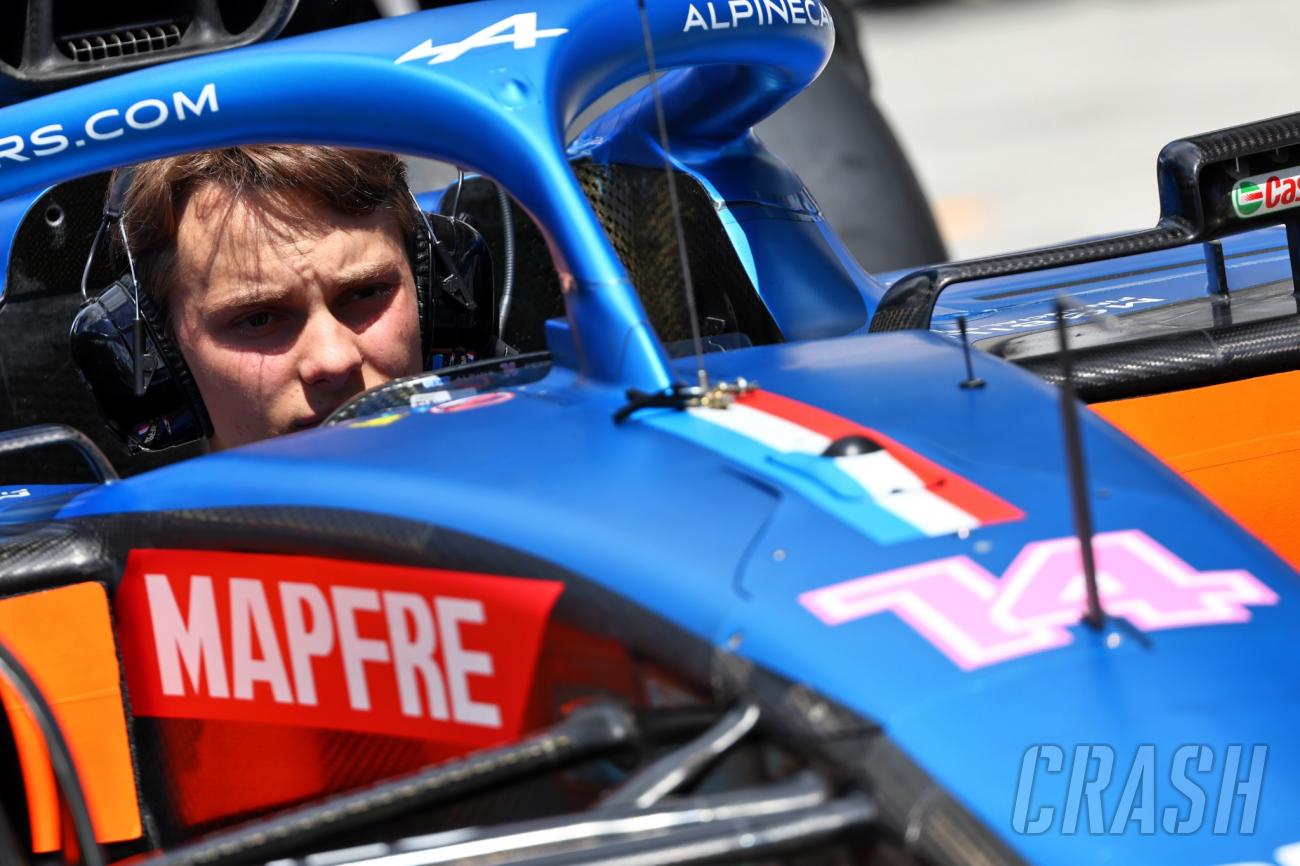 Alpine announce Piastri as 2023 driver - but Piastri says: "That is wrong!"

Oscar Piastri has denied he has signed a deal to race with Alpine for the 2023 F1 season and says the team's announcement came "without my agreement".

xpb
Alpine driver chaos: Piastri flirts with McLaren
DRIVER CHAOS AT ALPINEPiastri flirts with McLaren
Sebastian Vettel's resignation has vacated a seat. Fernando Alonso secured it five days later despite Alpine being his first option. But chaos reigns there because Oscar Piastri is flirting with McLaren.
Michael Smith
08/02/2022
After the resignation of Sebastian Vettel, the transfer market only seemed to calm down. The names Fernando Alonso, Daniel Ricciardo, Mick Schumacher and Nico Hülkenberg were traded as replacements for four days. Then Alonso created facts. The Spaniard actually wanted to stay with Alpine, but they couldn't give him the promises he wanted to hear in time. That's why he signed with the competition for several years.
Alonso demanded a two-year contract. Alpine was only up for a year with an option. In addition, the unclear future of reserve driver Oscar Piastri forced Alpine to wait. Team boss Otmar Szafnauer was still confident: "Fernando said to me on Sunday after the race: Don't worry. I haven't signed anything yet. We were actually about to sign a contract. The lawyers were only haggling over the final details. "

Just don't fall between all chairs
Only through the press release from Aston Martin was the Alpine tip informed of the true Alonso plans. It was known that the English team was an option for the Spaniard, but felt on the safe side. Alonso had always officially stated that Alpine was his first choice because he had built something up there.
Bosses Laurent Rossi and Otmar Szafnauer also felt that their star pilot could live with a 1 plus 1 contract. "Fernando shouldn't have worried. If he had driven like he is now next year, we would have redeemed the option. But safety was obviously more important to him," Szafnauer regrets. 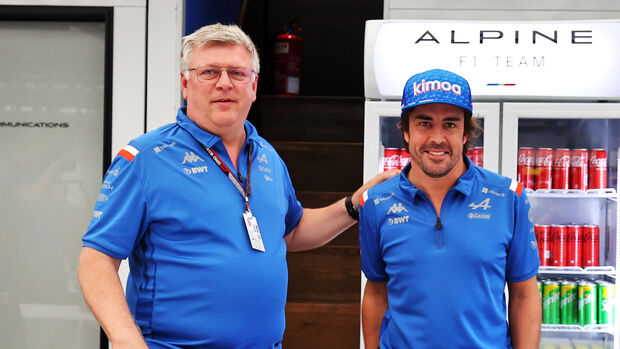 xpb
In Budapest, Fernando Alonso confirmed his intention to sign with Alpine.
Aston Martin boss Lawrence Stroll urged his dream pilot to make a quick decision. They met on Saturday at F1 headquarters on neutral ground for a final talk. That's why Stroll senior also wanted a commitment from Sebastian Vettel before the summer break.
Stroll realized that every minute counts. And that his future driver is an adrenaline junkie for whom a long-term cockpit is so important that he will also accept the second-best solution. Alonso, in turn, understood: Before I fall between all the chairs here, I'd rather grab it.
Alpine relies on Piastri
The thing with Alpine could possibly have dragged on because the Piastri personnel suddenly turned into a nightmare. Apparently, Alpine's reserve driver isn't playing along the way his employer would like. This can result in Alpine being left empty-handed at the end.
Szafnauer says about the personnel: "He told us that he is currently examining his options – whatever that means. I can only say that we have always kept our commitments to Oscar. That means that he will be with us in 2023 must remain with an option for 2024."
A driver who has never competed in a Grand Prix suddenly plays the leading role in the transfer market. The 21-year-old Australian has been part of Alpine's junior squad since 2020. Rarely has a team put so much money and time into preparing a future F1 driver. Not without reason. Piastri is considered a super talent. The young man from Melbourne immediately won the titles in Formula 3 and Formula 2, something that only Charles Leclerc and George Russell had previously achieved. 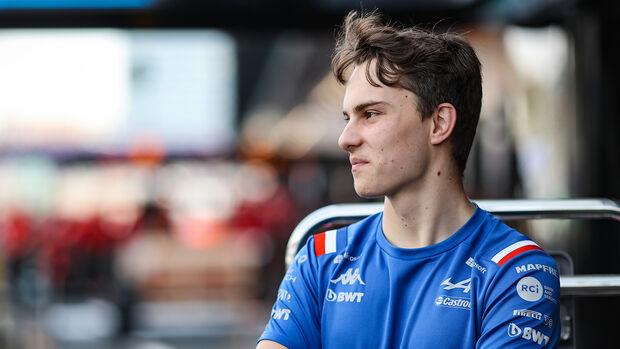 xpb
Alpine junior driver Oscar Piastri did not want to drive for Williams. Does he even want to get away from Alpine completely now?
This year, Alpine is providing him with a previous year's car and the corresponding team for ten days of testing around the world. Among the destinations are also Austin and Qatar. He has already covered 3,500 kilometers. It should be 5,000. He will do Friday practice for Alpine, sit in the simulator and take part in technical briefings. "We not only advanced his career with money, but also with a lot of heart and soul. Not every team does that," Szafnauer demands loyalty.
Piastri had received a promise from Alpine that he would get a cockpit in Formula 1 next year. Not necessarily one on the factory team. In theory, Piastri would have to be content with being parked somewhere else for a year or two. Only if he goes empty-handed can he go. But the French racing team will not admit this weakness after all the investments in Piastri's career. "Oscar is our first choice now."

Not interested in Williams
With Esteban Ocon on a contract until 2024 and veteran Fernando Alonso having become an indispensable part of the team, Alpine had a problem with their rebellious youngster. The reigning Formula 2 champion and his manager Mark Webber didn't really want to drive a Williams for two years. Although that didn't hurt George Russell at a time when the British racing team was still struggling at the bottom of the table. Now Williams has at least found the connection to the field. The question is whether Piastri should have turned down a place at Williams. Alpine says no.

In the Budapest paddock, it was said that Piastri wanted to leave the French team entirely. A letter of intent is said to have already been signed with McLaren. Piastri manager Mark Webber still knows McLaren team boss Andreas Seidl from the Porsche days together. A commitment would be piquant because compatriot Daniel Ricciardo would have to make room for it. And he has a valid contract for 2023. 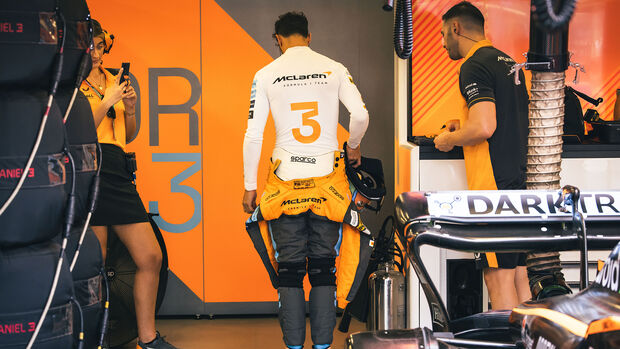 xpb
Daniel Ricciardo has a contract with McLaren. But hardly anyone believes that he will fulfill this goal in 2023.
As Szafnauer always emphasizes, Piastri is contractually bound to Alpine. A source said: "There's so much chaos that Piastri ended up having nowhere to drive." When asked, McLaren only said that you don't take a driver that you have to give back at some point. And that you also have two pilots under contract.

The Piastri clan has disappeared ever since the rumors began to circulate in the paddock. Szafnauer has tried unsuccessfully to contact Mark Webber on the other side of the world. Nor does Enstone say that the speculation shouldn't worry you. "The decision where Piastri drives is up to the team and not the driver."

Will Ricciardo return to Alpine?
But can you force a driver to drive for a team that he suddenly doesn't feel like driving anymore? The case is interesting from a legal point of view because Alpine is offering its young star a place. It would be a different number if he was left out. That would be tantamount to a ban on working.

On the other hand, it makes little sense to keep a driver who wants to get away at all costs. Coercion doesn't make sense, Szafnauer admits, but puts it into perspective: "It wouldn't be the first time that a driver signs with another team and then has to drive for the one he's with. Jenson Button is that with Williams and BAR happened."

Should Alpine also slip through Piastri's fingers, it would be a heavy blow from the French point of view. So you would have lost the best of today and maybe the best of tomorrow. So the question arises as to whether one might console oneself with Daniel Ricciardo, who would have to look for a place to stay if his compatriot ousted him at McLaren.

"We are not ready to think about what will happen after Piastri. Fernando is still too fresh," Szafnauer defends. Many riders called him on the Monday after the Hungarian GP. And Ricciardo was apparently one of them. 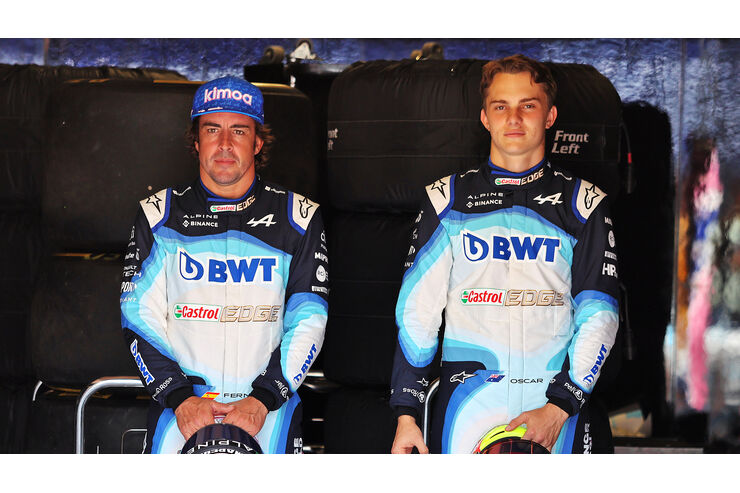