2000 Ambiente v class
Joined Jul 21, 2014
·
7 Posts
Hi, I have a V220 year 2000, Drove a few long distance's recently with no prob's, but on a trip today about 130 miles in I started to get a slight engine die when changing gear at approx 45-55 mph, it wasn't bad but as the journey went on it kept happening when I started to lean on the accelerator on inclines.
I got concerned and because we were only 17 miles from our destination we slowed down and kept going I think in limp mode.
About 5 miles out we stopped at a junction and it seemed that the gearbox went into Special limp mode.
I say this because in Neutral the engine would rev fine past 3000rpm but as soon as it went into gear it wouldn't change from 1st up. I managed to get it to the in-laws.
at a crawl.
Now the engine revs OK in Neutral (past 3000rpm), but it will only move in first gear on tick over (Special Limp Mode), as soon as I apply throttle everything cuts out engine dies....
Reverse works but same issue when applying throttle...
Any ideas on what can cause this...

The AA came and noticed a 2 second delay when putting it into gear, so they topped up the gearbox fluid which sorted the delay out, but their code reader wouldn't read much, so we tried disconnecting the negative on the battery to try and reset the the limp mode but with no joy.
Just been relayed home with wife and kids, with no idea on what it could be, so some help would be much appreciated
Cheers
Colin

Vito 108cdi Modified, VNT, , IC, remap, 3" intake & exhaust, 19" wheels, slotted rotors, etc.
Joined Mar 4, 2014
·
259 Posts
G'day Colin,
Step 1, Can you get a code reader on it?
If not, It could be anything from air in your fuel lines to turbo regulator not regulating, to a vacuum leak. It may even be low oil in the engine.
Try and get a reader on it to save you some time and money.
Good luck and let us know how you go.
► Show Full Signature
When it comes to the Vito, resistance is futile!:wink
G

2000 Ambiente v class
Joined Jul 21, 2014
·
7 Posts
Trying to get a code reader at the mo but finding it difficult as I need a MB Star mobile diagnostics because mine is a 38 pin connector...

Vito 108cdi Modified, VNT, , IC, remap, 3" intake & exhaust, 19" wheels, slotted rotors, etc.
Joined Mar 4, 2014
·
259 Posts
Some people don’t want to spend any money and it ends up costing them heaps.
(Of course I’m not talking about you!)
Would you consider investing in a multiplexer? I have a C3 that I use but I recently bought a multiplexer as well. (Used but like new for $50) My Vito also has a 38 pin plug. I haven’t used it yet but it’s a good idea as it’s cheap from China. You will also need a laptop with a serial port rs232. I have a dell d630 I bought used for $100 off gumtree that I use with my C3. I will get another HDD and load windows xp (free) and run the multiplexer off it. I’ll let you know how I go but in the meantime remember:
Give a man a fish, you feed him for a day. Teach a man to fish, you feed him for a lifetime.
Cheers.
► Show Full Signature
When it comes to the Vito, resistance is futile!:wink 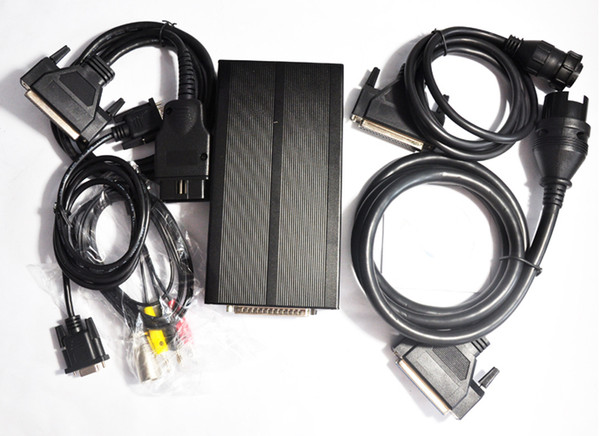 I found some amazing stuff, open it to learn more! Don’t wait:https://m.dhgate.com/product/mb-carsoft-7-4-multiplexer-ecu-chip-turning/415802517.html

m.au.dhgate.com
► Show Full Signature
When it comes to the Vito, resistance is futile!:wink
G

I've been real busy with work lately and haven't set up a laptop to run the multiplexer yet.
I'll message you or post as soon as I do.
► Show Full Signature
When it comes to the Vito, resistance is futile!:wink
1 - 7 of 7 Posts
Join the discussion
Continue with Facebook
Continue with Google
or sign up with email
Recommended Reading
Read More
Read More
About this Discussion
6 Replies
2 Participants
Last post:
Devito 2 mo ago
Mercedes-Benz Forum
BenzWorld.org forum is one of the largest Mercedes-Benz owner websites offering the most comprehensive collection of Mercedes-Benz information anywhere in the world. The site includes MB Forums, News, Galleries, Publications, Classifieds, Events and much more!
Full Forum Listing
Explore Our Forums
W126 S,SE,SEC,SEL,SD,SDL Class W163 M-Class R/C107 SL/SLC Class W124 E,CE,D,TD Class W210 E-Class
Popular Communities