Anyone done a LED headlight conversion?

SL65, SL600 RENNtech, 300D, LP640 & Panteras
Joined Jan 1, 2007
·
174 Posts
Thanks for the replies. Yeah I suppose one could research this to death. Its funny the light shown on the wall in the photo above seems to have a pretty good cut off but I have yet to drive at night while the wife drives the 300 D so I can see if its blinding or not. When I just stood in the street and looked back it just seemed very bright to me. I got these housings shown in the link below from DDM which we put in the 35W LED; so if the oncoming light is real bad I suppose I could go back to DDM and see what halogen bulb they could put in it (it says H4 in the link). Funny when looking at headlights I hardly ever find any notes for the actual watts, even the Sylvania I took out of the car or the autopal units shown above show no watt when searching the web, not that I can find anyway.
DDM Tuning: HID and LED Lighting
► Show Full Signature
Photos: https://www.flickr.com/photos/[email protected]/sets/

1980 280E Sedan
Joined 5 mo ago
·
27 Posts
Just another 2 cents for the cause - I'm guessing the issue isn't about needing much brighter headlights in urban areas since most are well enough lit, even more so than when these cars were built. Now of course, we get blinded by oncoming ridiculously bright headlights (even on low beam), with LED's being big offenders.
On the other hand, if your driving is frequently in rural and less well lit areas, why not consider a set of auxiliary driving lights to use as needed? Not thinking of the awful looking LED light bars, but more about aux driving lights that wouldn't look out of place of place on W123. Probably a lot less trouble than all the angst of modifying standard headlights. On my '83 XJ6 I fitted a set of rectangular xenon driving lights, slung under the bumper which looked period correct and worked well. Come to think of it, I might do something similar with the W123 eventually!

SL65, SL600 RENNtech, 300D, LP640 & Panteras
Joined Jan 1, 2007
·
174 Posts
Well I went and ordered different light housings to experiment. Ordered these as shown because the glass part of the lens pattern seemed a little less dramatic than the ones I was initially trying. However the company sent me different lights than I ordered, so I tried them anyway. They came with halogen bulbs so I tried them first but the output was as poor as the original halogen. So I put in the LED filament from my original posting shown above into these new housings. As can be seen from the photo of the lights on the wall there is now a sharp flat cutoff on the left side of the wall (for oncoming traffic) and a higher band on the right side of the wall. I assume this is due to these glass housings having this broad band pattern located on the opposite side of the housings noted in my post above. So to me these housings are suited for the US where we drive on the right side of the road. These units do seem better, so I think I will keep these in. There are some hot spots and darker spots on the road, but even with LED lights that are meant to be LED lights (such as truck light & others), there always seems to be some light and dark areas on the road.

MSGGrunt said:
But I am also the type that will argue that there is no way Pennzoil can make a fully synthetic oil (made in the laboratory base PAOs) from natural gas (fossil fuel from the earth) Most consumers just blindly buy what companies shove down their throats.
Click to expand...

Natural gas is a synthetic oil base because it has no sulfur and its very consistent in is molecule chain, its just straight hydrogen and carbon. Thats why it has no smell or color. Sweet crude always will have elemental contamination like sulfur and variable molecule chain length no matter how much its refined.

1993 300E, 1995 E320
Joined Sep 6, 2013
·
1,098 Posts
Research Mobile 1's lawsuit and you will see that the courts are what determined what can be called/labelled synthetic. Sine when did hydrogen and carbon become synthetic elements? Natural gas, by it's very name, natural, is not produced in a lab and is not a PAO base stock like true synthetic oils.

MSGGrunt said:
Research Mobile 1's lawsuit and you will see that the courts are what determined what can be called/labelled synthetic.
Click to expand...

Clearly you have done no research whatsoever. The lawsuit was because Castrol was using highly refined crude oil and calling it "synthetic" because of those additional steps.

Sine when did hydrogen and carbon become synthetic elements?
Click to expand...

Wow, you're really showing your lack of knowledge on this subject.
They are a BASE. The "synthetic" part comes when oil is synthetically produced FROM that base.

In addition;
Poly-alpha-olefin (poly-α-olefin, PAO) is a polymer made by polymerizing an alpha-olefin. They are designated at API Group IV and are a 100% synthetic chemical compound. It is a specific type of olefin (organic) that is used as a base stock in the production of some synthetic lubricants 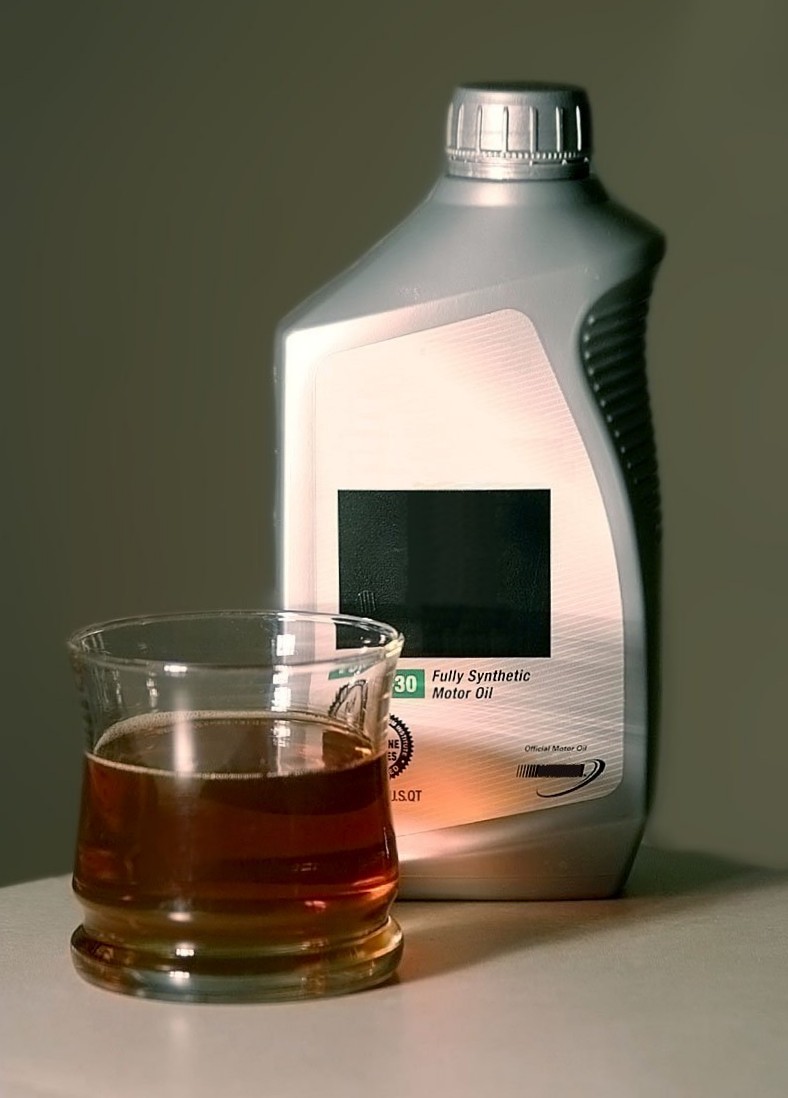 Natural gas, by it's very name, natural
Click to expand...

is not produced in a lab and is not a PAO base stock like true synthetic oils
Click to expand...

Okay, I'm being serious here, have you done ANY research AT ALL into this topic? Clearly you don't understand how ridiculously incorrect you are.

1993 300E, 1995 E320
Joined Sep 6, 2013
·
1,098 Posts
UAofE, thank you for clarifying... I did not realize that the Natural Gas "moniker" came about because of marketing purposes versus the fact that Methane is actually a natural product. Castrol won the law suit yes, and what forced Mobile 1 to change its oil formulation to stay competitive. And I agree, group IV is the only "TRUE" fully synthetic oil.

A true definition for the term “synthetic oil” has been difficult to reach, although it has generally been accepted that the term represents those lubricants that have been specifically manufactured for a high level of performance. Group III base oils with very high viscosity indices can be called synthetic oils in MOST countries. Historically, it has been widely accepted that only Group IV base oils made from PAOs were true “synthetics.” Therefore I concede that if one is happy calling a highly refined group III oil synthetic then fine.

Group I Characteristics
Group I base oils are the least refined of all the groups. They are usually a mix of different hydrocarbon chains with little uniformity. While some automotive oils use these oils, they are generally used in less-demanding applications.

Group II Characteristics
Group II base oils are common in mineral-based motor oils. They have fair-to-good performance in the areas of volatility, oxidation stability, wear prevention and flash/fire point. They have only fair performance in areas such as pour point and cold-crank viscosity.

Group III Characteristics
Group III base oils consist of reconstructed molecules that offer improved performance in a wide range of areas, as well as good molecular uniformity and stability. Manufacturers can use these synthesized materials in the production of synthetic and semi-synthetic lubricants.

Group V Characteristics (not for automotive purposes)
Group V base oils are also chemically engineered oils that do not fall into any of the categories previously mentioned. Typical examples of Group V oils are esters, polyglycols and silicone. As with Group IV oils, Group V oils tend to offer performance advantages over Groups I – III. An example of a mineral-based Group V exception is a white oil, a very pure lubricant used in industries ranging from cosmetics to food processing.


But we digress, the whole topic here is lighting, which is another area where researching things like color, temperature, kelvin, candle power, lumens, etc and what they mean and how they can mean the same thing or how the human eye actually processes light is important. Any man-made light that deviates from the sun's Kelvin temperature of around 5,000 horizontal daylight to 5,500 - 6,000 degrees, vertical daylight, is not as easily processed by the human eye. Those bright blue looking headlights may LOOK brighter, but actually produce less usable light. I still feel the best set-up for our cars would be replacement lenses that allow the use of H4 bulbs in a higher wattage with an upgraded headlight harness with relays that can take the higher watt bulbs.
► Show Full Signature
1969 Triumph TR6
1985 Mercedes 300cd
1985 Porsche 944
1986 BMW 325e
1987 Volvo 240 Wagon
1989 BMW 325ix
1991 Volvo 240 Sedan
1992 Volvo 240 Wagon
1998 Land Rover Discovery I
2015 Volvo XC60

LostInTime said:
While most oil threads turn into arguments, this is the first time I have seen a headlight thread morph into an oil argument thread.
Click to expand...

Its amazing how ignorance of basic science can do that. No matter how I try to show people the facts, they are rarely open-minded enough to see they are wrong.

Joined 6 mo ago
·
93 Posts
If you had read the thread instead of making such useless replies you would see I already have....

MSGGrunt said:
My fault for mentioning oil in the first place. But, I tried to bring it back on topic at the end. When shopping around for replacement 7" lenses that accept an H4 bulb I found that some of them have a flat lens face and some do not. My opinion is the flat lens versions look too "modern". Not so bad on say a Porsche 944 where the 7" headlight is the only light, but on the W123s the flat lens and convex fog lens just don't compliment each other.
Click to expand...

Yes I think I forgot to mention, other than these LED lights performing very well is the fact that they are convex just like the original sealed halogen. Real happy with the set up. All LEDs have some hot spots from what I have seen and these are minimal (even my wifes Jeep 2017 LED)
► Show Full Signature
Photos: https://www.flickr.com/photos/[email protected]/sets/
21 - 36 of 36 Posts
Join the discussion
Continue with Facebook
Continue with Google
or sign up with email
Recommended Reading
Read More
Read More
About this Discussion
35 Replies
8 Participants
Last post:
Jan T 15 d ago
Mercedes-Benz Forum
BenzWorld.org forum is one of the largest Mercedes-Benz owner websites offering the most comprehensive collection of Mercedes-Benz information anywhere in the world. The site includes MB Forums, News, Galleries, Publications, Classifieds, Events and much more!
Full Forum Listing
Explore Our Forums
W126 S,SE,SEC,SEL,SD,SDL Class W163 M-Class R/C107 SL/SLC Class W124 E,CE,D,TD Class W210 E-Class
Popular Communities